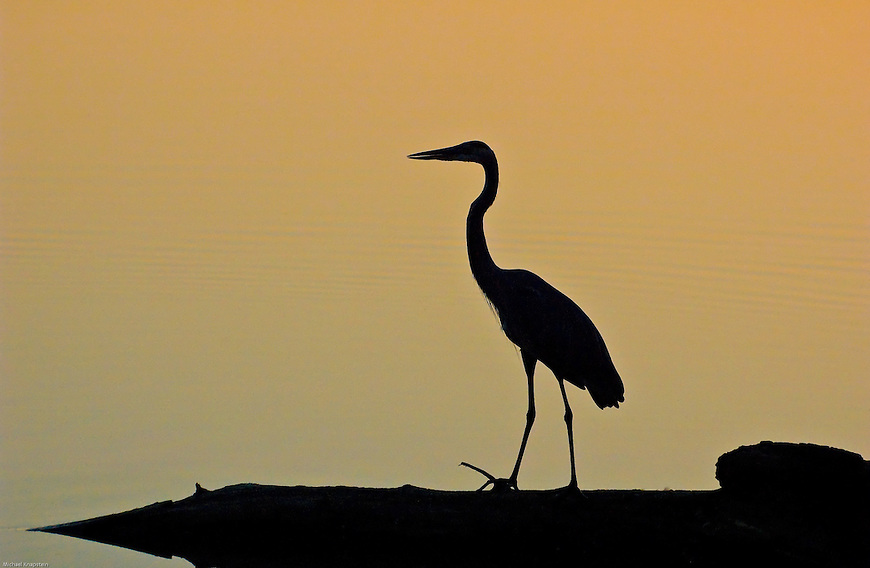 This image was recognized in the 6th's Annual Photography Master's Cup in the Silhouette Category. It was selected from among more than 8,500 photos from 86 countries. February, 2013.

The Center for Fine Art Photography selected this image for their "Negative Space" Exhibition, which included 45 images from photographers in six countries. It was the only photograph from Wisconsin included in the exhibition.

The image was selected by juror Brooks Jensen, the founder and co-editor of LensWork Magazine. The Negative Space Exhibition was held from January 9 through February 7, 2009 at the Poudre River Art Center, 400 North College Avenue in Fort Collins, Colorado.

It was also selected by juror Robert Hecht (San Rafael, CA) as a winner in the "Simplicity" photo contest. It was one of 49 winners selected from among 571 images submitted and was exhibited from February 26 – April 17, 2011 at the Smith Gallery in Johnson City, Texas.
Michael Knapstein 17 Aug 2007
Award-Winning Photographs by Michael Knapstein, Wildlife
Center for Fine Art Photography, Colorado, LensWork Magazine, Stricker's Pond, Middleton, Wisconsin